How to format your text in Trello

Markdown is a simple language used to add formatting to text. Trello uses a modified version of the Markdown syntax. It allows you to easily add bold, italics, links, lists, paragraphs, headers, and images and code blocks to blocks of texts. You can add markdown to your cards in the card's description, checklists, and comments, as well as in your Trello bio.

Shortcuts and syntax for card descriptions, comments, checklist items, and your bio:

Bonus! Hex Color Codes: Enter a hex color code in a card description or comment to see the color chip, for example #00bfb3 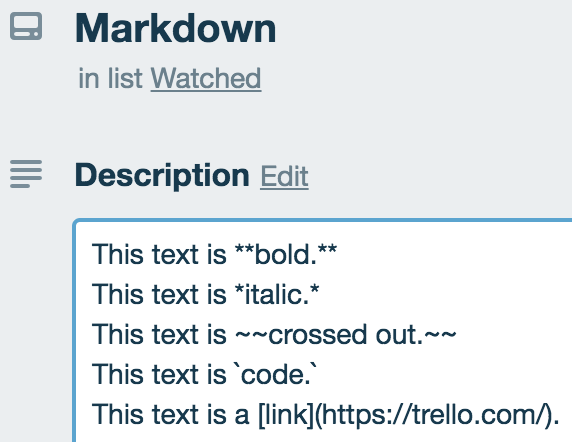 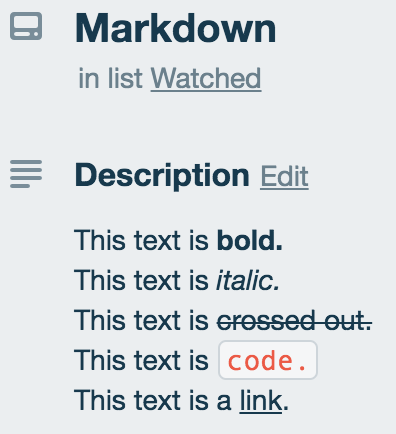 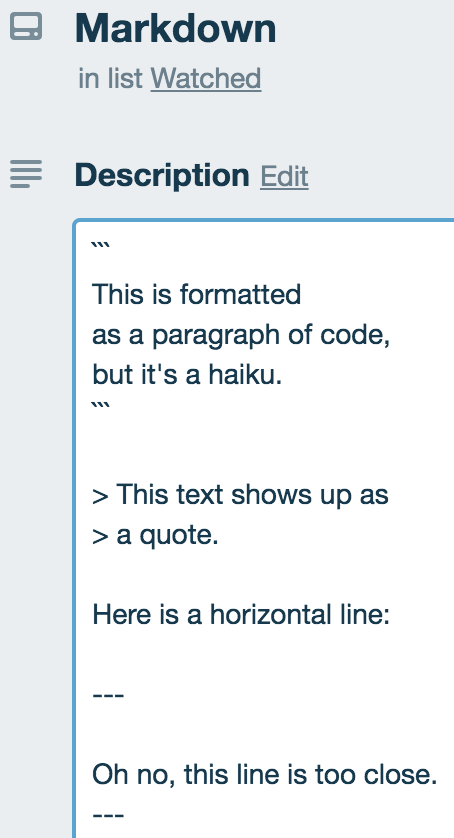 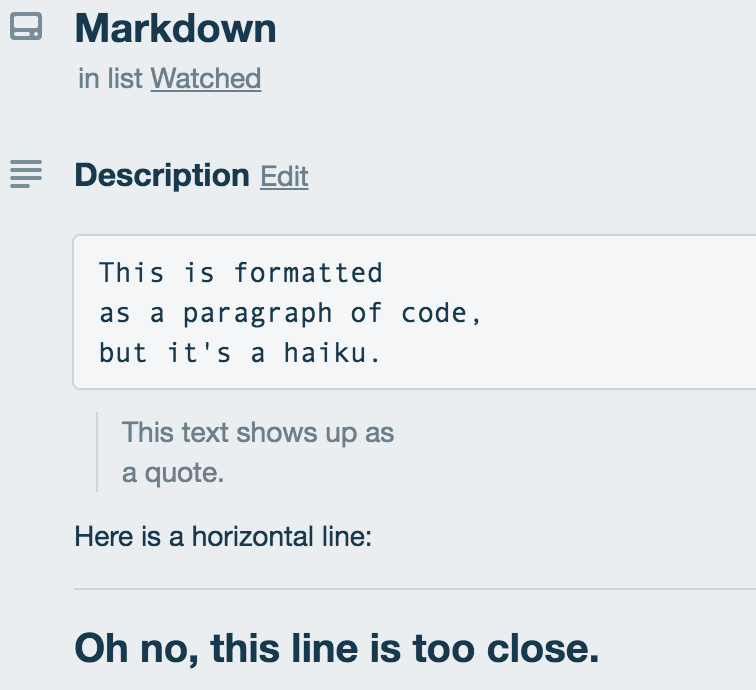 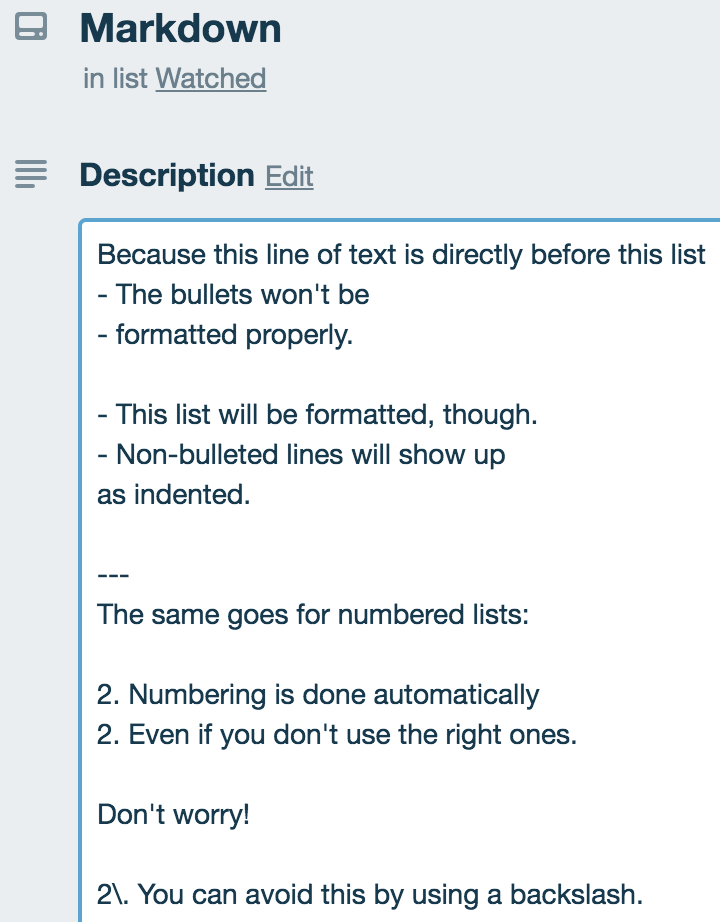 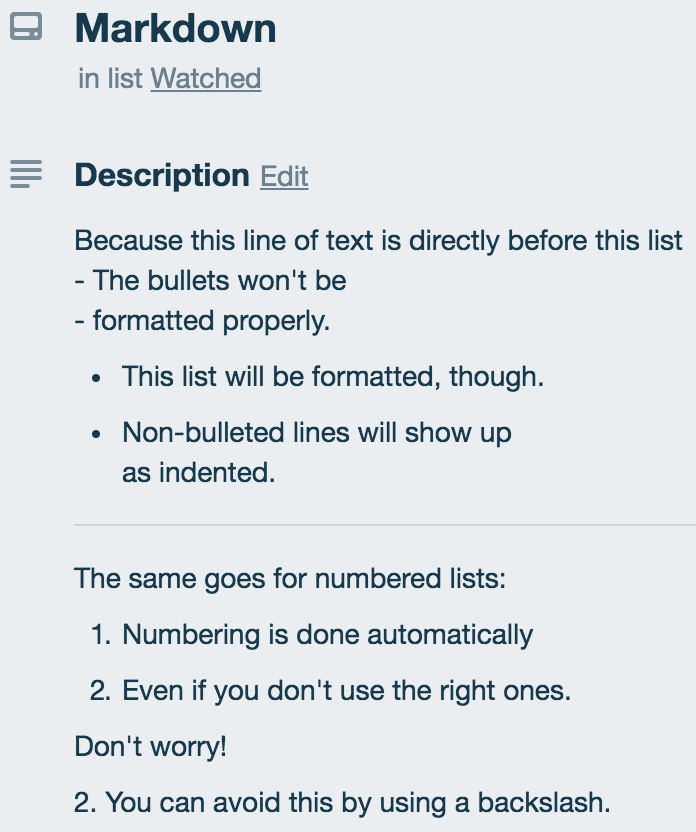 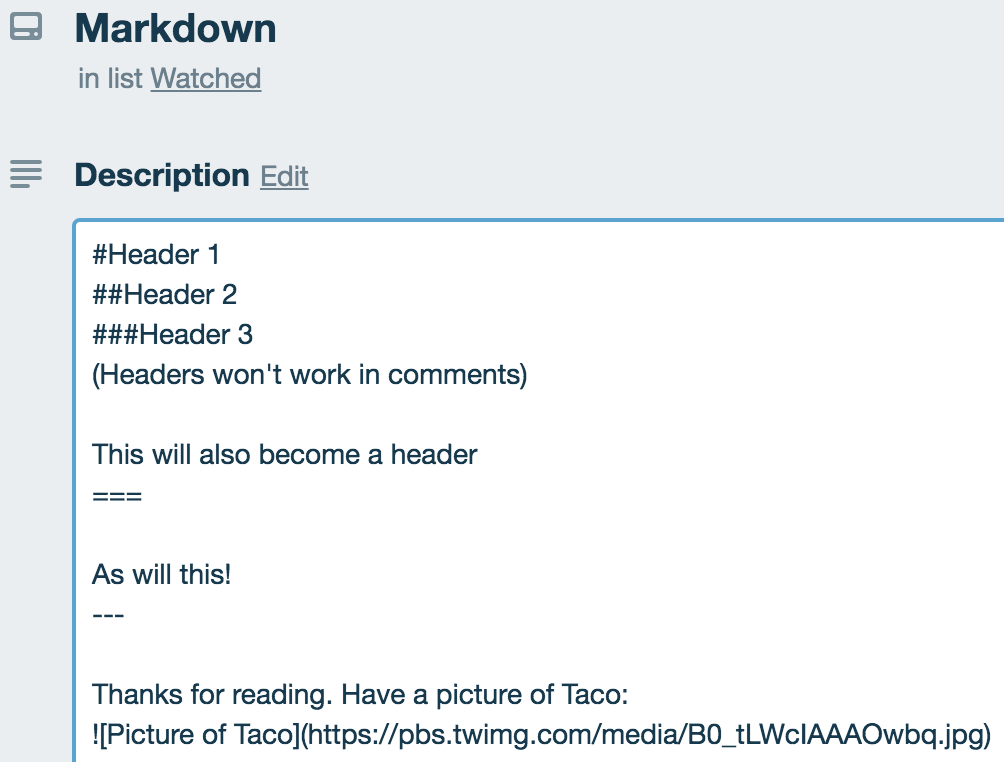 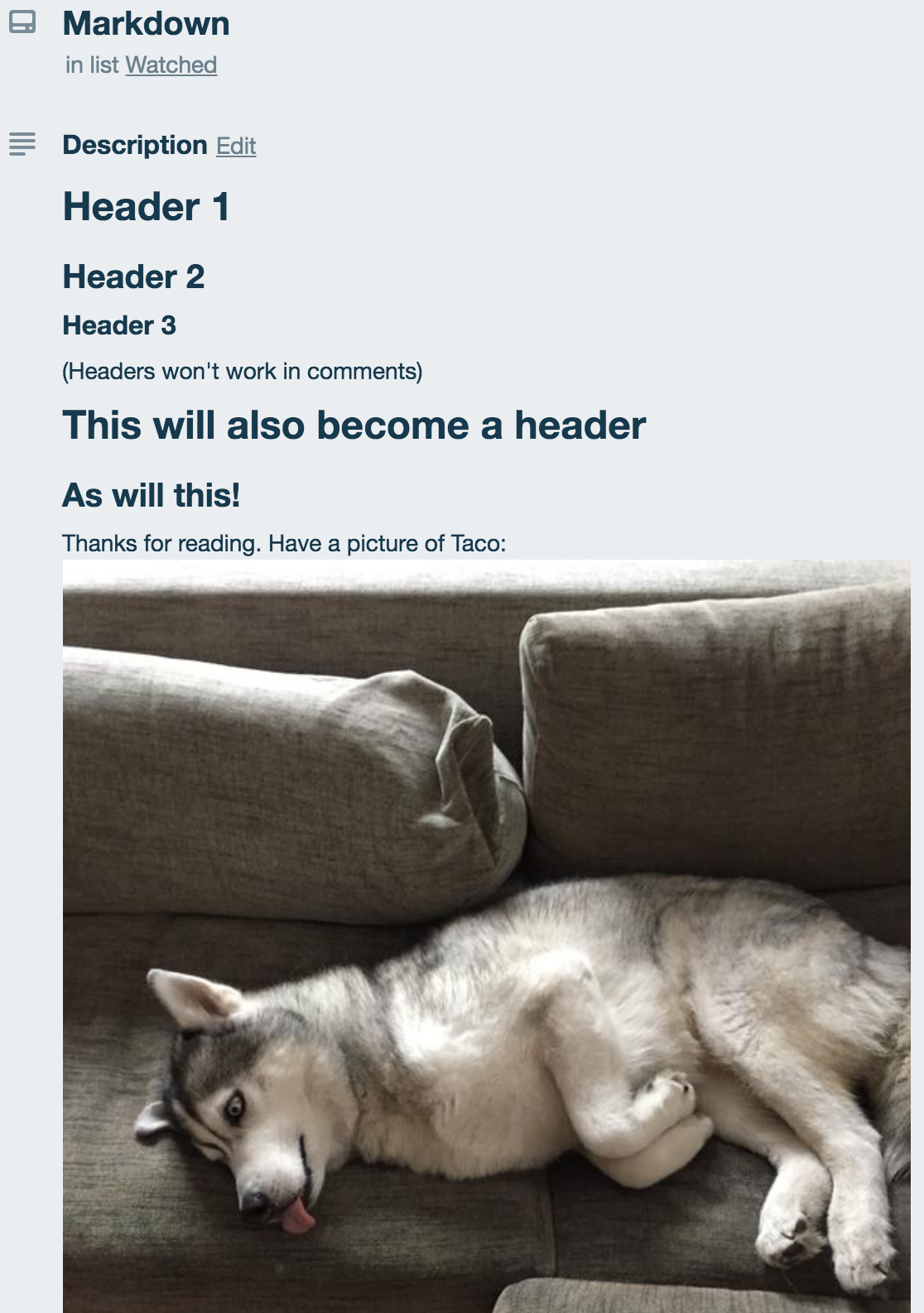