You can find more information about this here: https://confluence.atlassian.com/display/SECURITY/CVE-2021-42574+-+Unrendered+unicode+bidirectional+override+characters+in+Cloud+sites

You'll be able to see a tooltip that states:

Bidirectional characters change the order that text is rendered. This could be used to obscure malicious code. 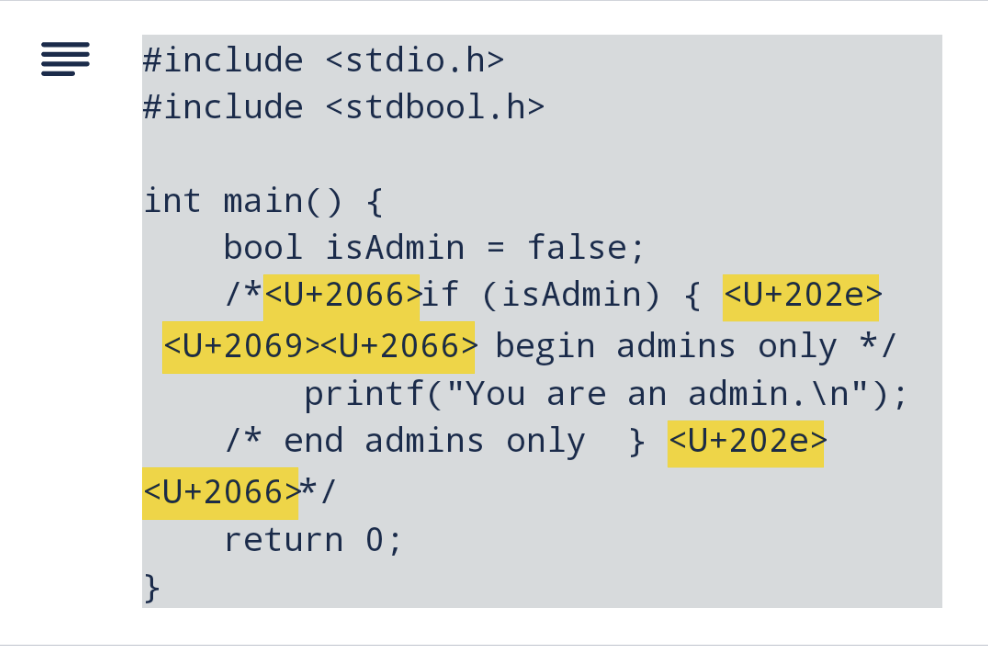