An Introduction to Butler

Butler is a powerful tool that brings automation and insights to your Trello boards. Whether you want Butler to perform simple tasks on a single board using basic functionality or to supercharge your Trello workflow using major automations across your entire team, Butler can help.

What is a Butler Command?

There are 5 types of Butler commands:

Butler commands are made up of triggers and actions.

A trigger is used in a Butler rule and determines what condition a rule will occur under.

Actions are what Butler will perform on behalf of a user.

What can I do with Butler?

The command builder is where all Butler commands are created and managed. The builder can be accessed by clicking the Butler Button at the top of your Trello board, or in your board menu. 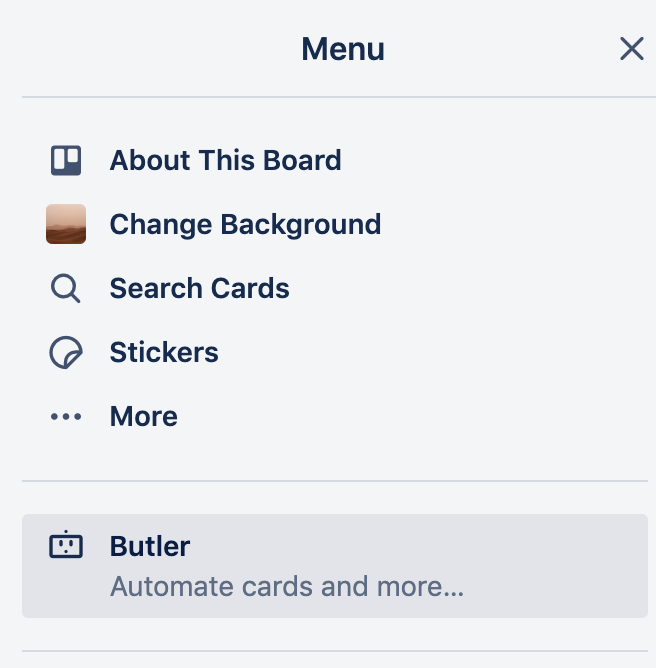 Card Buttons: Create buttons that will be accessible in a Trello card to perform a series of actions. 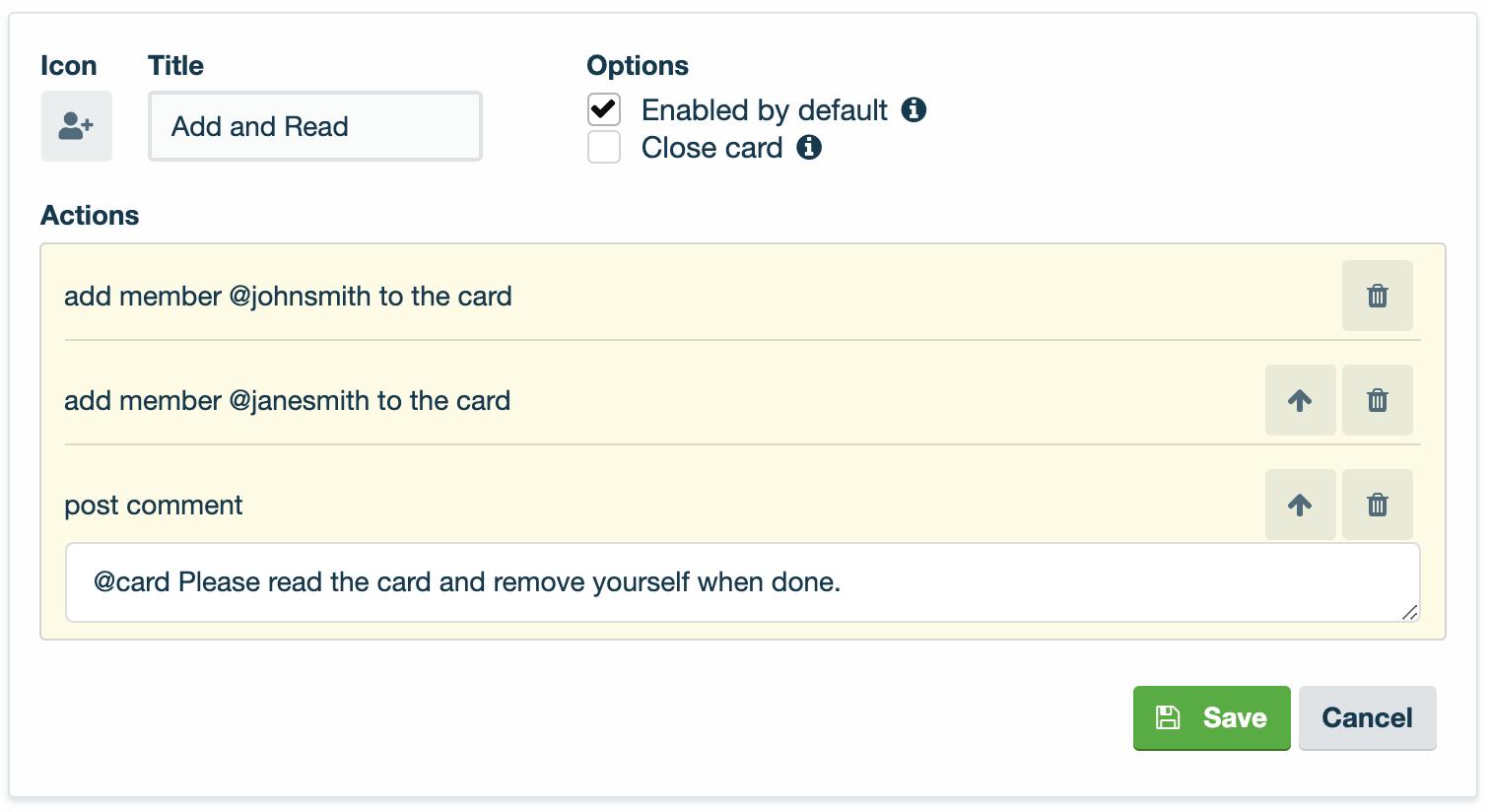 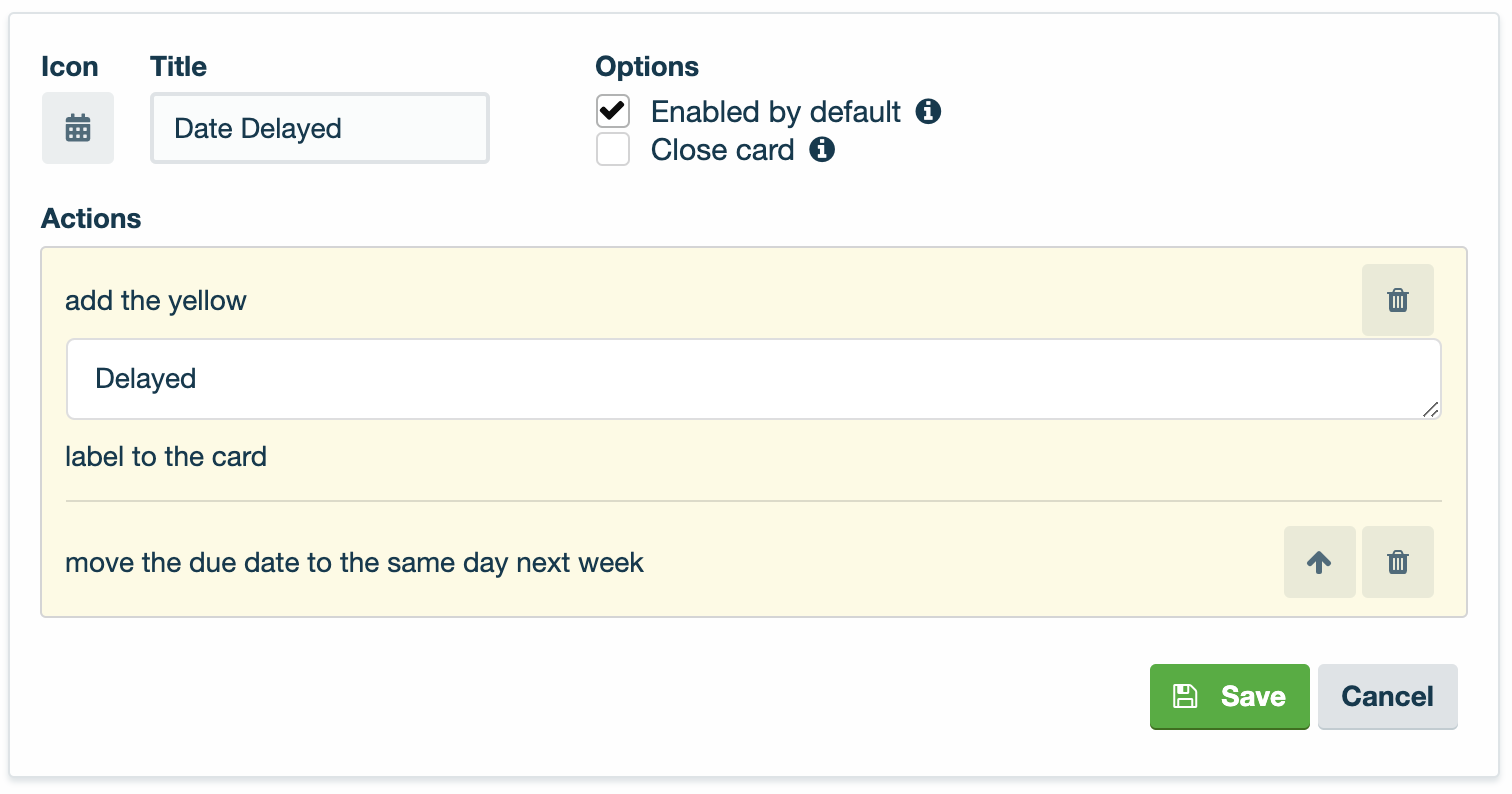 Board Buttons: Create buttons that will be accessible at the top of your board to perform a series of actions.

Rules: Set up Rules to trigger commands that will perform specific actions when a certain condition is met. 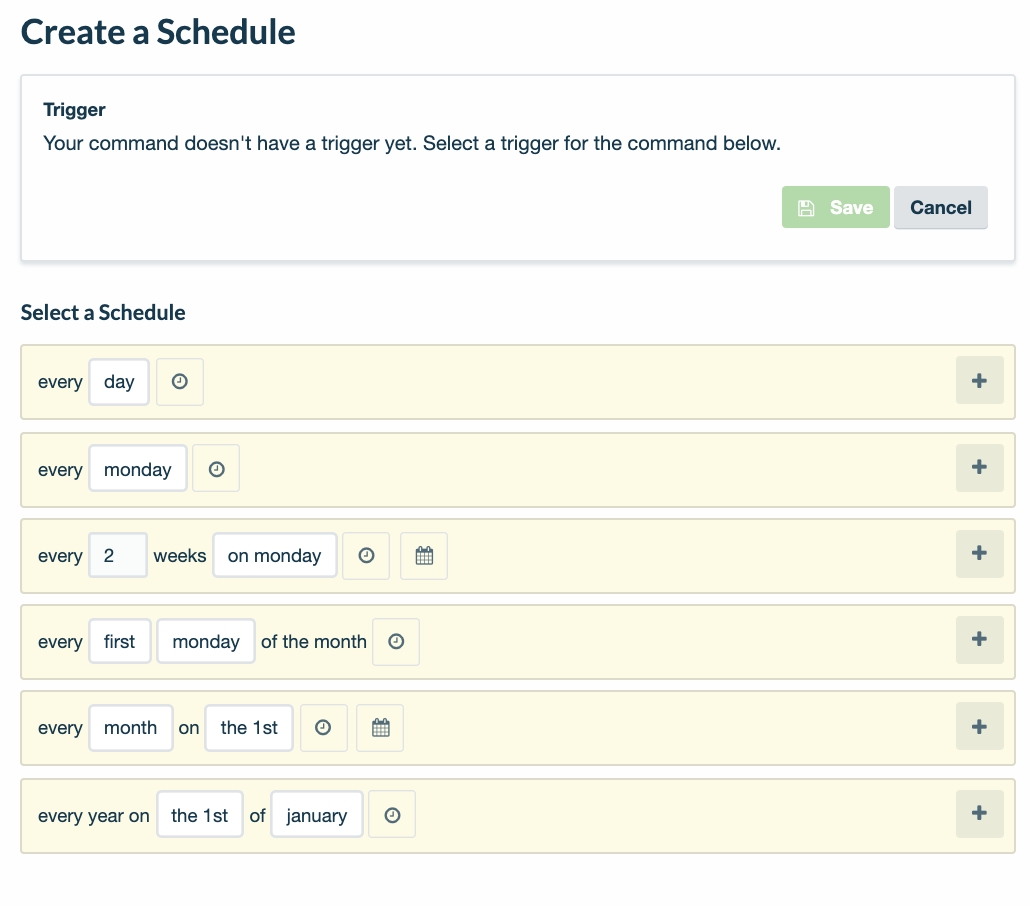 Due date: Watch for upcoming due dates and process cards according to the command you create. 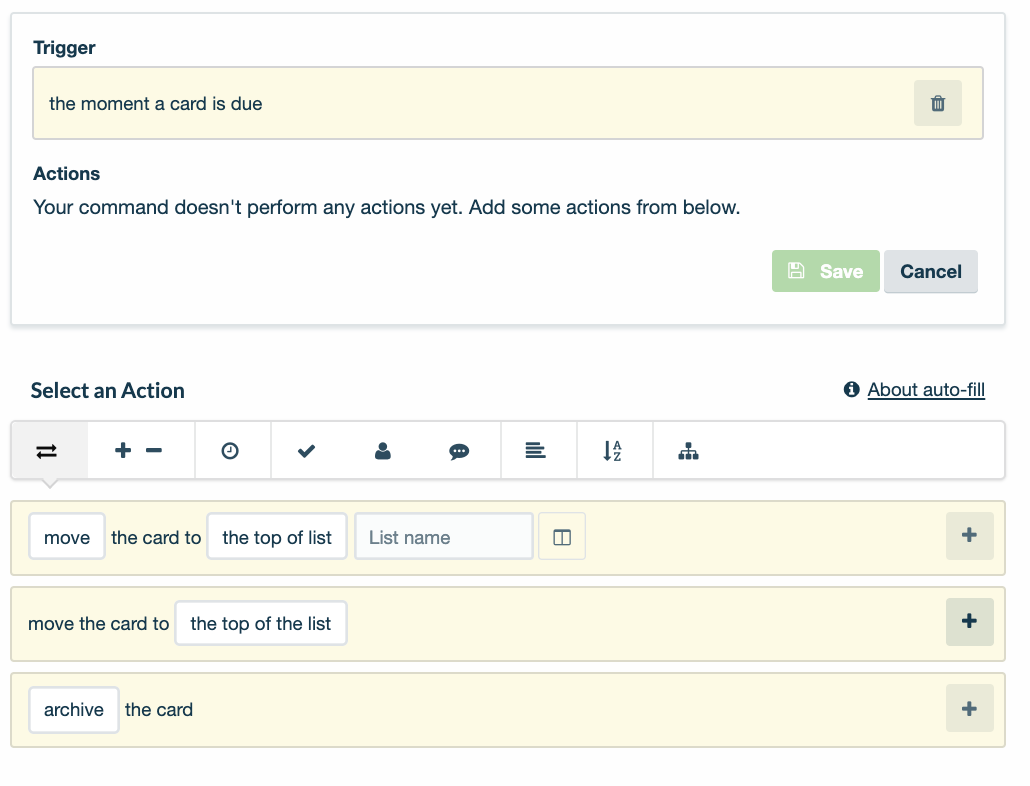