What is a deactivated user?

When working on the members page of a  Business Class team, you may see a user who shows as "deactivated":

These users have had their access to the team, team-visible boards, and boards in the team of which they were a member removed. They can still access non-team content that their account had access to (such as content on other teams, or their own private boards). Deactivated users do not consume a seat license on the Business Class team.

Deactivated users, unlike  removed/deleted users, remain assigned to cards on boards where they were a member. Though they cannot access the cards, this is helpful for remaining team members to transfer the work of a former colleague on to the person who is taking over that role. Deleted users, on the other hand, disappear from boards completely (so there's no visible indicator of what work needs to be taken over). 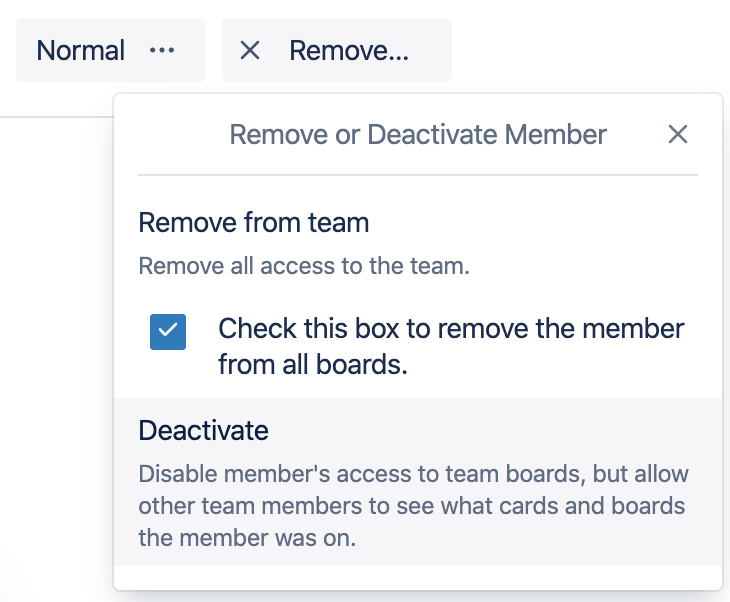 To deactivate a team member, open the team's Members page and near the user's name choose 'Remove', then choose the option 'Deactivate'.

Reactivated users will regain access to team-visible boards and any boards in the team of which they're a member. Team admins can reactivate the user by clicking on the reactivation link near the user's name on the Members tab.